This is a guest post written by Janice Chan, who often writes for our friends at Wethos over at The Nonprofit Revolution. In over a decade in the nonprofit sector, Janice has written fundraising appeals and grant proposals, led social media outreach, managed volunteers, executed rollout plans, managed donor and program databases, and learned the hard way that changing to a new website host means you’d better make sure that donation form still works! 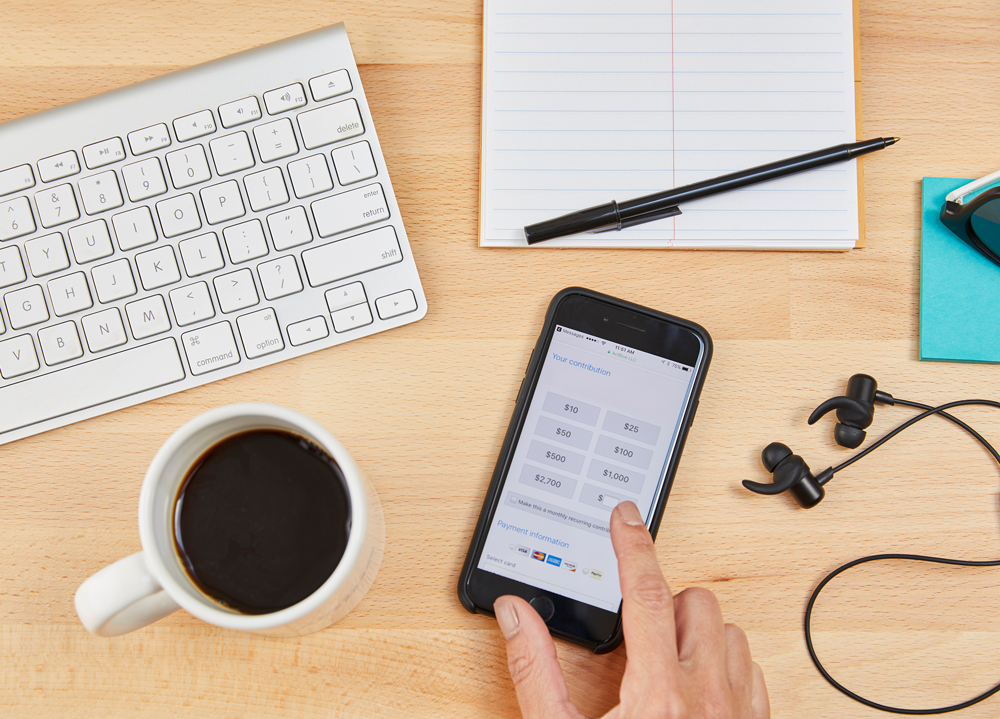 Ever played that team building game, “All Aboard”? You’re in a group and you are given say, a hand towel or a telephone book (showing my age here, I know), and the goal is to get everybody on board without anyone having a foot touching the ground. Depending on the variation or the prop used, the boat may get smaller (e.g. towel is folded in half) or your group may get bigger — and still you need to get everyone on board without any feet touching the ground.

Often, working at a nonprofit organization can feel that way. You’re trying to serve the same number of people with fewer resources, or serve more people with the same amount of resources. This metaphor is not only apropos to programming, but to fundraising as well. You’re trying to raise funds from more supporters (get more people on board) with the same number of staff or resources. And yet, the more you raise, the more people (donors and clients) you can get on board.

That’s why you focus on major gifts and/or grants, right? We know it’s important to respect donors at all levels, but in terms of where we spend our fundraising resources (time, budget, attention), it is clear that we prioritize funders who can give large gifts. But it’s easy to take those smaller dollar annual gifts for granted — just send or share it out to enough people and build our lists and followers because it is a small percentage of volume, volume, volume.

We tend to believe, particularly if we are smaller organizations, in the myth of scarcity. That if we spent time focusing on small-dollar donors, it would take away from the time we spend on major gifts and grants, and that would cause much bigger problems if we didn’t have those. We act as if this were a game of musical chairs instead. And so we close ourselves off to the people who could help us.

Worse, we leave people feeling like their contributions won’t matter unless they can write a check with more than two digits in front of the decimal point.

Valuing small-dollar donors isn’t simply the right thing to do; it’s a key part of any smart fundraising strategy. Small-dollar donors provide increased revenue, can be more vocal supporters and ambassadors for your organization once they’ve invested in your work, and can donate multiple times.

Valuing donors is not about what we say but whether our donors feel like they matter to us. You know how we rush to address whatever it is that a major donor, funder, or board member raised as an issue, no matter how small? Or how we otherwise pay attention to all aspects of their donor experience? Sometimes it’s because they are important details; sometimes the details are simply important to them. Donor experience is key at all levels. What if we took the same care and put the same level of thought into how all of our donors experience supporting our organization?

Note that I said thought, not necessarily time. Often, we know more than we give ourselves credit for knowing. Like the fact that increasing numbers of donors give via mobile devices. Or that A/B testing is an effective way to experiment and see what works best for your particular donors.

But getting there seems overwhelming and, as a small or medium nonprofit, like it’s out of our league. However, technology advances all the time but so do the services available. Customizable, data-driven online fundraising platforms are no longer as out of reach as you think — not in cost or in staff capacity to manage and maximize.

Two, create a plan to grow the number of small-dollar donors.

Giving Tuesday doesn’t just magically happen as some type of positive penance amid the Cyber Monday hangover (Cyber Monday also not being a natural consequence of Black Friday).

Grassroots fundraising can change the game if you’re intentional about it. What does intentional look like? There is a strategy, there are planned efforts to grow the number of small-dollar donors, and these efforts are tracked, measured, and evaluated to inform future efforts. These strategies don’t have to break the bank, and the right expertise is also not as out of reach as you think! (Not entirely sure what you need? Platforms like Wethos offer free consultations that can help you define your project prior to hiring a freelancer.)

And remember how we talked about involving every person on board? Traditionally, fundraising has been about moving donors up the ladder of engagement over time, from smaller annual gifts to larger major gifts. But that’s ignoring a subset of donors who, for various reasons, wish to give lower amounts, or who perhaps would rather give smaller amounts more often, a.k.a. recurring gifts.

Flip the ladder of engagement sideways, like a platform you can build on. Challenges and matches can be a successful strategy for getting people on board, while giving your major donors a new way in which to support your organization and grow your capacity.

Yes, we can ask small-dollar donors for recurring gifts, and yes, we can receive them. Even if the amount per donation is lower, the recurring nature means that a donor will likely give more than if you had asked them for a one-time gift. For example, you might only get $25 as a one-time gift but the same donor might be willing to pledge $5/month for 12 months (and $5 x 12 = $60).

You know what else? It is also a sign that this donor is more connected to your cause and your organization, which means they will probably be more likely to respond to your other calls to action. It’s also easier to ask friends to give when, hey, you support this organization every month.

Want recurring gifts? As with all fundraising, you won’t get what you don’t ask for. Build this into your strategy and your online giving forms. (Or take the time-saving approach and choose a platform like AB Charities where recurring gifts and management of them is already built in.)

Four, for any goals, figure out how you’ll evaluate your progress.

A big benefit of grassroots fundraising? Sample size. This makes it much faster to figure out what’s working and what isn’t. And whereas some donors may be fairly forthright about why they did or didn’t give to you, raising money online also gives you the benefits of tracking things like how many people visit your online donation page without clicking through — and where they dropped off in the process.

Five, apply what you’ve learned to value your grassroots donors.

And like that Brian McKnight song, we are back at one.

Best practices are not without merit, but they are not based on your particular organization or your supporters. Use what you learn to continue to figure out how to make all your donors feel valued, respected, and like their contribution matters. This will change over time. Good thing is that so do the tools and resources available to us.

This post was written for AB Charities in partnership with Wethos and also appears on their blog, The Nonprofit Revolution. 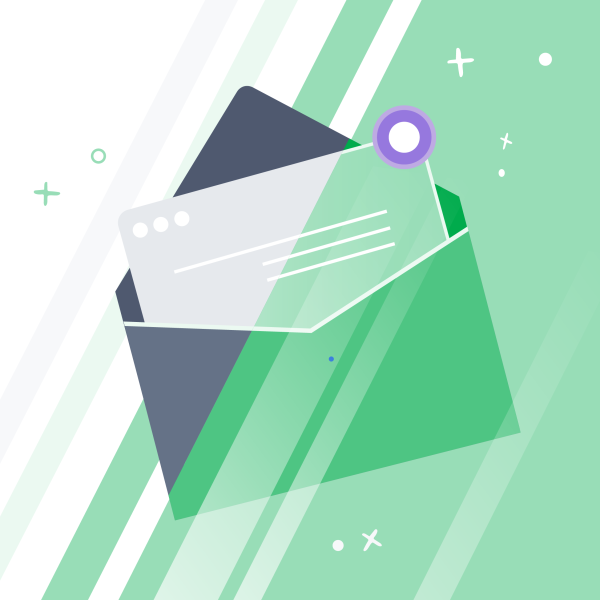 3 steps to polish your email program 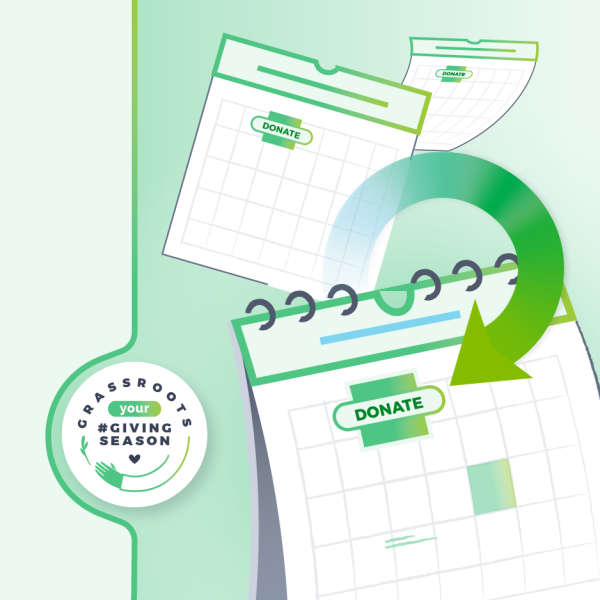