Here at AB Charities, giving season is a wonderful time to speak to the best experts there are: nonprofit fundraisers! Read on to learn how organizers at APIENC, In These Times, and Color Of Change use AB Charities to build small-dollar donor support, run successful grassroots giving season programs, and figure out what fundraising strategies work best for them. Excited to learn more about the best digital fundraising practices?  Schedule a 1:1 call with one of our digital strategy and grassroots fundraising experts to optimize your giving program!

Why do you prioritize grassroots fundraising during your giving season?

In These Times: Individual giving makes up a full third of In These Times magazine’s overall revenue, and the final two months of the year can sometimes account for as much as half of that total. But beyond that, being a not-for-profit, reader-supported news publication is core to the identity of the magazine and our community of supporters. The end-of-year giving season is our last and best chance of the year to explain our business model to new readers and make the case for them to become donors. It’s also an opportunity to ensure that our existing community of donors are maintaining or increasing their support.

APIENC: At APIENC, we prioritize grassroots fundraising because being funded by our own community members makes our work more sustainable and effective. When we rely on our own community, we can make choices that are based on our values and visions rather than the priorities of institutions who may not have our people’s interests at heart.

How did you build your email list throughout the year to prepare for the giving season?

Color of Change (COC): After the tremendous influx of support during Freedom Summer in 2020, we increasingly focused on keeping our members active and engaged with virtual events like our Black women’s brunches, squad meetings, and Black Joy Drive-In Series. We also closely monitored our email deliverability and funneled inactive email subscribers into a re-engagement program.

In These Times: As a print publication, most of our email growth currently comes from new magazine subscription orders. We have a mix of ongoing circulation growth programs, including direct mail, online programs, and social media advertising. In 2021, we also ran specific outreach programs to union members, members of the Democratic Socialists of America, and members of the Movement for Black Lives.

What channels, whether it be social media, ads, or something else entirely, did you utilize to complement your email asks this year? Which was most successful?

APIENC: We primarily fundraise through phone-banks in which volunteers create lists of people in their own lives to call and ask for support from. This method of fundraising — rooted in real relationships — is most successful for us. It encourages our members to call on people who care for them to support an organization that impacts their lives, and it motivates donors to give through a more personal and sustained connection.

COC: We made use of various channels such as web, social media, ads, and SMS. Email still ruled the day as far as donations are concerned, plus we have a growing donor base on our mobile list. We saw several spikes in online giving during the last two days of both November and December.

In These Times: We used a mix of standalone fundraising asks and asks that were incorporated into our weekly newsletters. For standalone asks to previous donors, we focused on renewing their commitment. To reach new donors, we explained at length why In These Times asks for money, as well as describing some of the benefits donors receive by supporting our magazine. For example, we publish an annual list of donors in the April issue of the magazine, which all donors receive for free regardless of whether they are a subscriber.

Most email subscribers received between 8 to 12 standalone asks between Giving Tuesday (November 30) and December 31.

COC: Color Of Change is a digital-first organization, and email is one of the primary channels we use to call folks to action. We have millions of members and multiple campaigns running at all times, so we are building relationships and championing solutions for our members almost every day. This year during the giving season, we coordinated a schedule of multiple appeals and giving opportunities, such as Black Caregivers Coat and Toy Holiday Drive and end-of-the-year deadlines, and even offered some exclusive COC-branded merchandise for prospects and donors.

What new tactics and strategies did you try this year to make your organization stand out?

In These Times: This year, we launched a “Grassroots Matching Fund” for the final week of December. This involved soliciting individual pledges from donors who had previously given in 2021, the smallest of which was $5 and the largest of which was $500. These pledges were then pooled together and used to match donations from new donors.

Once an existing donor’s pledge was matched, they received a personalized email with the name of the donor or donors they helped bring into our community of supporters. We also included any thank you messages the new donors included for existing donors.

COC: While giving does spike over the winter holidays, our giving season is year round. Throughout 2021 (our first year having a dedicated Digital Fundraising team), we prioritized building out cross-departmental working groups and campaigns to give our members a more cohesive online giving experience. One of our most popular campaigns involved raising funds to purchase books for Black children living in areas impacted by anti-critical race theory legislation. Through this campaign, we were not only able to raise awareness, but also give our members the opportunity to see the difference their generous gifts made.

What did you optimize on your AB Charities form for giving season? If you used the A/B testing tool to test these optimizations, what was your most significant finding?

APIENC: With our AB Charities form, we specify suggested giving amounts that reflect meaningful parts of APIENC’s work, which motivates folks to attach their giving to the impact on our programs they will have. For example, we may invite folks to donate $60 for the 6 young members of our Summer Organizer Program, or $160 for the 160 people who attended our “Asking for Help” workshop series.

COC: We tested a brand-new donation page design as well as short vs. long donation asks. Our new design outperformed the old design, and shorter copy also led to a higher conversion rate.

Beyond making a gift, were there different ways you encouraged supporters to engage in your work? For example, did you ask folks to take an action or do any peer-to-peer fundraising within their own networks?

COC: Color Of Change helps people respond effectively to injustice in the world around us and build a less hostile, more human world for Black people in our county. Now more than ever, we must protect our wins that impact the lives of millions of Black people in this country. This means we always give folks something to do — a way to respond or even organize their own efforts through our first-ever peer-to-peer fundraising hub, digital petitions, calling their representatives, joining a local Color Of Change squad, and much more.

Did you prioritize one-time or recurring gifts this year? Both? How did you decide?

In These Times: Though we do have a robust program for recurring gifts (we refer to these donors as “In These Times Sustainers”), we tend to prioritize one-time gifts at the end of the year, as we’ve seen that this is the point at which donors are most likely to make their largest gift. Traditionally, we begin the new year with a month-long campaign focused on growing our base of recurring donors.

COC: We did a mixture of both, as well as asking some of our most active monthly donors for a special one-time gift. It’s important to give donors varying opportunity levels to support in whatever capacity they can.

What were some key takeaways from this year’s giving season and how will you adapt in the future, especially given the ongoing pandemic?

COC: Avoid the mistake of “churn and burn.” Treat members with respect and kindness. Behind every email address or phone number is a human being who is offering their time, money, and efforts to building Black political power, and we don’t take that for granted. We will continue to find ways to connect with our members, keep them informed, and provide them with the resources they need to make real change in our communities.

In These Times: We knew going into 2021 that it would be difficult, if not impossible, to match the tremendous giving energy we saw in 2020 in response to the pandemic, racial justice movements, and 2020 election cycle. We’re still a few weeks away from having a final, detailed picture of 2021, but it’s clear that while giving declined according to some metrics, many donors stepped up their individual giving to new levels in 2021. We are thrilled to say that we were able to meet our overall budget goal for the year.

On the technology side, we’ve seen a decrease in the effectiveness of our fundraising emails, though email still accounts for the largest share of fundraising from small donors. To counter this, we’ve placed more emphasis on fundraising directly from the website, as well as email newsletters, with encouraging results. We will likely continue in this direction if the overall trends continue.

Feeling inspired? Schedule a 1:1 call with a member of our staff to learn more about keeping supporters engaged through giving season and beyond. 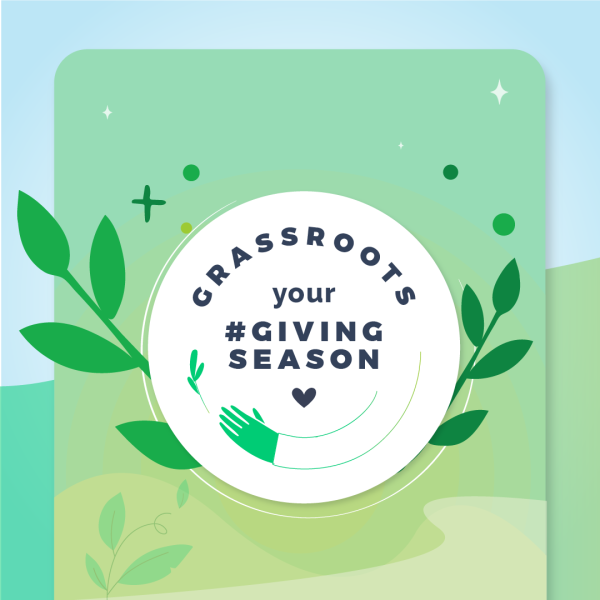 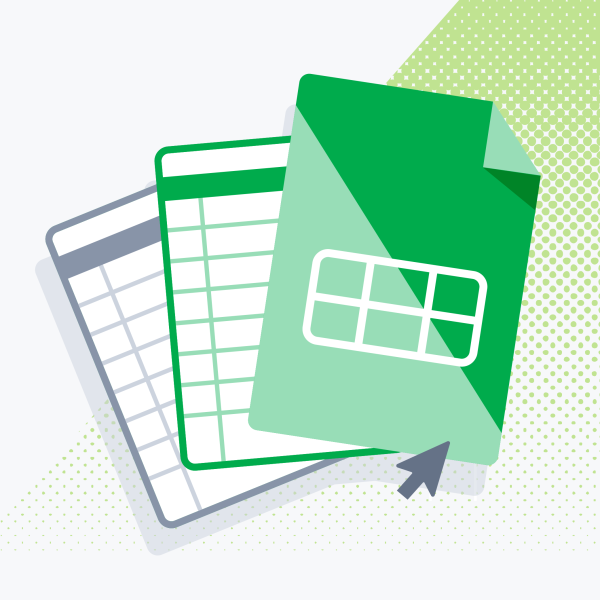 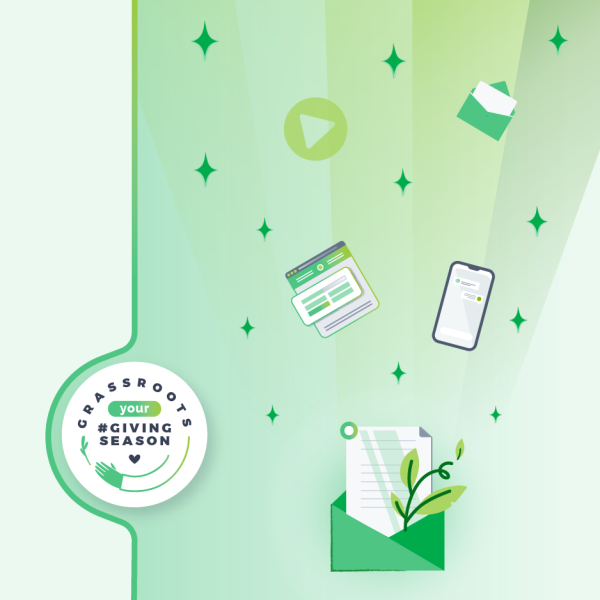